It doesn't require being around Fry very much to realize that, despite his courage and friendliness, he is a very anxious natured pup. Whether it stems from his largely unknown circumstances as a baby, genetics or something else is a mystery and really not important. What is important, to us at least, is helping him live as anxiety-free a life as possible. After he experienced what was most likely a panic attack type episode a couple of weeks ago while on the multiple-hour drive home from a visit to the mountains, we decided to seek the advice of our veterinarian to see what we could do to alleviate some of Fry's anxieties. 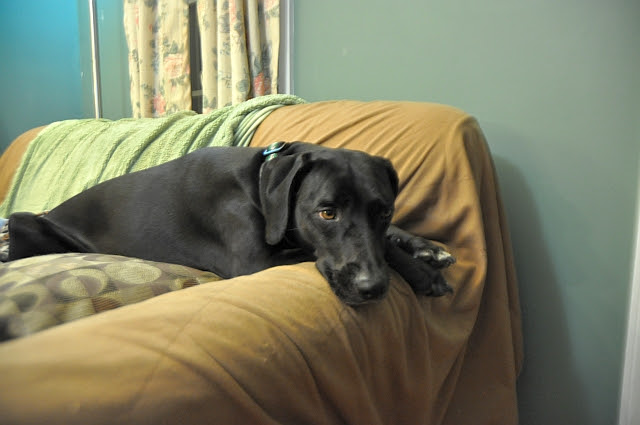 The doctor initially ruled out any physical causes with a thorough physical exam and when that was deemed normal, she offered some suggestions to assist Fry psychologically. This included starting him on a very low dose of a mild anti-anxiety medication to help quiet some of the background noise that his busy mind apparently has running as an undercurrent which keeps him in a relatively constant state of anxiousness and worry. While I'm generally not a big fan of medicating my companion animals, I'm willing to at least give it a try if it might help Fry live a more psychologically comfortable and happy life. So we agreed to a short trial of a very low dose of the medication.

Our vet also suggested that in conjunction with maintaining Fry's current  high level of daily physical activity, his busy mind also would benefit from additional mental stimulation in the form of trick training and games since he is already pretty well versed in basic obedience with an extensive vocabulary of known words and phrases. He appears to enjoy learning new things, so we agreed that this would likely be something to engage his mind that he would enjoy as well. So we got him a clicker training device along with a special retrieving toy and set about beginning his new training program. 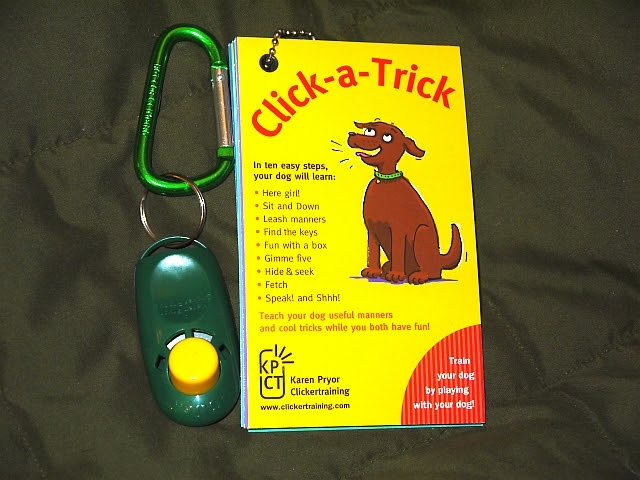 It's been a couple of weeks now since starting Fry on his medicine and training program, and I have to admit I'm already seeing great improvement in his attitude, confidence, and overall sense of psychological well-being. It only took a few minutes for him to figure out the clicker and realize that it's a really good thing. In fact, within just a couple of days, he began to seem almost as happy to hear the click as he was to receive the yummy treat reward! I carry the clicker on our walks and mountain bike rides to periodically reinforce his off-leash recall, and he also gets a brief training session each morning before we leave for work and each evening when we get home, and he seems to enjoy this bonding and training time immensely. I'm truly amazed at the number of words and phrases he knows, and it's such a thrilling and proud moment for all of us every time he learns another (which seems to be every couple of days lately)! 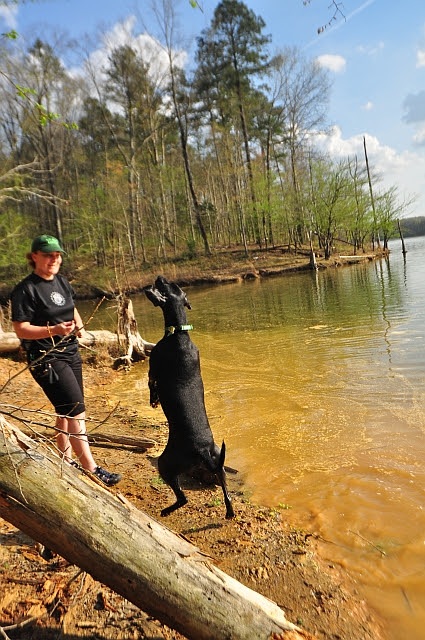 I've also noticed over the past several days that his behavior both on and off leash has improved dramatically. He is becoming less hyper-reactive to seeing other dogs on his walks, and is even beginning to walk on a loose leash now. Where he used to lunge and pull hysterically every time he saw another dog while out walking, he now seems more focused and engaged with my instructions, and less distracted, which has made walking him a million times easier. :-) 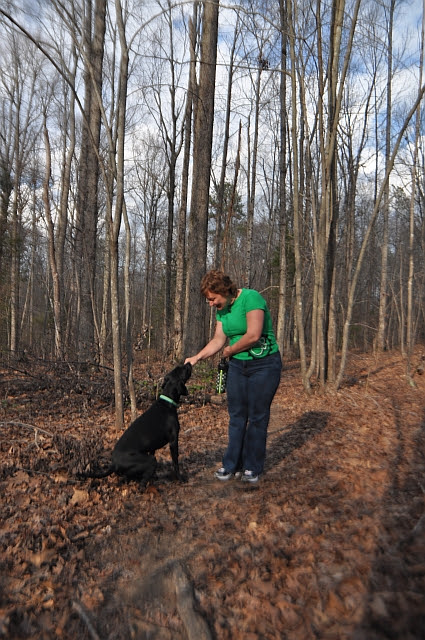 Since Fry loves games, we've also been working with him on "fetch" using his new retrieving toy and his favorite Jolly ball, along with the clicker, and I'm pleased to say he is now bringing his toy or ball to us and dropping it for us to throw it again where he used to just grab it and run. He's also been getting half his dinner in a puzzle food dispenser, which he loves pushing, pulling, rolling and twisting all around the house in order to retrieve his kibble. He has a variety of these puzzles, since he is quite intelligent and figures out even the more complex ones in short order, so we have to rotate them to keep him interested.

I know there is still much progress to be made, but I'm beyond pleased with my little man thus far and I'm so glad to see him maturing into such an increasingly content, psychologically comfortable and happy boy. 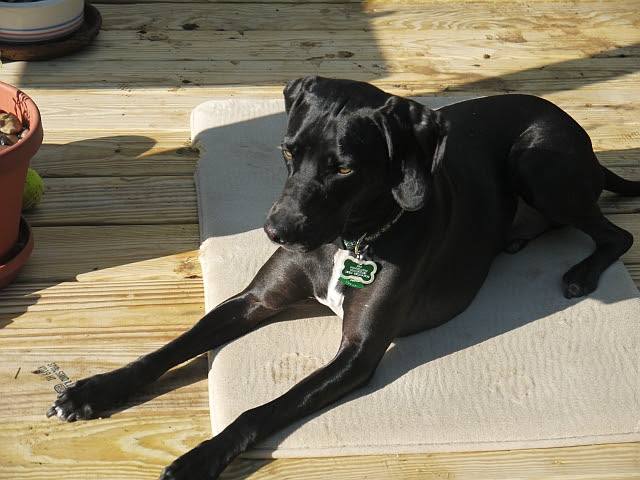 Posted by Tammy Kaufman at 4:05 PM