Well, we had quite the scare Thursday evening. I began experiencing increasingly severe pain in my left chest with breathing difficulties Thursday afternoon, to the point that I had to had Steve come pick me up from the office and take me to the doctor. The nurse practitioner who saw me was concerned by the pain and associated fatigue and shortness of breath, so on the advice of the internist ran an EKG which showed some abnormalities. So they faxed the EKG over to a cardiologist who apparently "didn't like the looks" of the EKG and said to send me to the emergency room at the hospital. After more chest studies and laboratory testing in the ER, it was fortunately determined that I was not having a heart attack. However, there was severe inflammation around the chest wall, so they sent me home with pain medications and instructions to rest and avoid strenuous activity for the next several days, and to follow up with the cardiologist in a couple of days.

This really came on at a terrible time. I'm right in the middle of trying to prepare for a mountain bike endurance race series, and the first race is in four weeks! Not only that, but I'm also attempting to shed this excess 65 pounds, an endeavor that absolutely requires maintenance of an intensive exercise program. And the doctors gave me even worse news: restarting my biking program may have contributed to, or at least exacerbated, this chest wall inflammation. Additionally, apparently now that this has happened once, I will be at increased risk of it happening again in the future. Crud.

I did try to "plein air" sketch some, but just out in the back yard since that way I would at least be at home should breathing become too difficult and require me to return to bed.
I was able to complete several sketches, but unfortunately, for whatever reason, my drawing and painting seem to have taken a setback over these past few days, and I've been having difficulty getting my drawings and paintings to turn out the way I want. 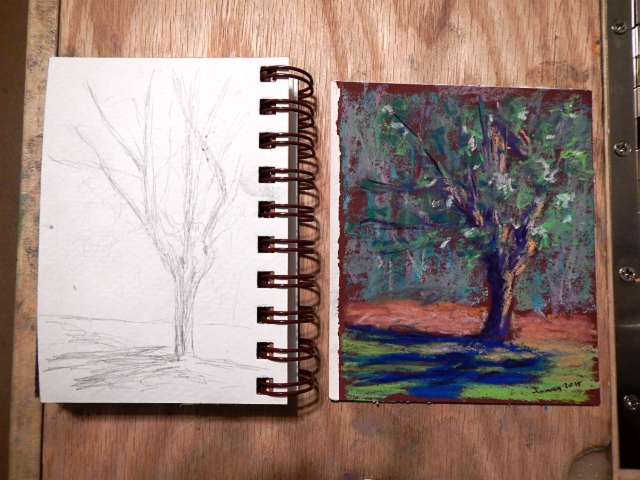 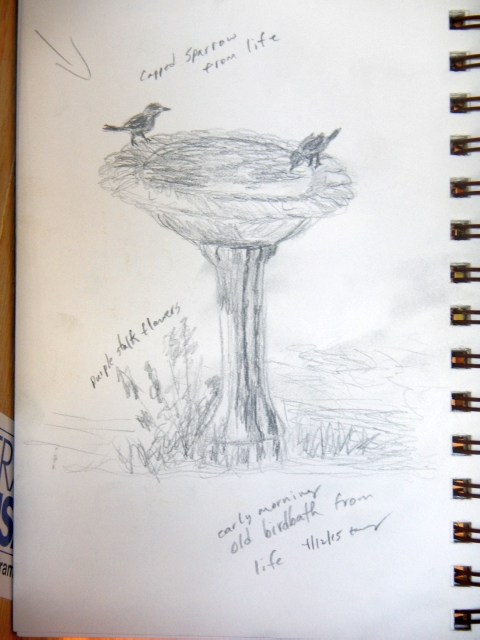 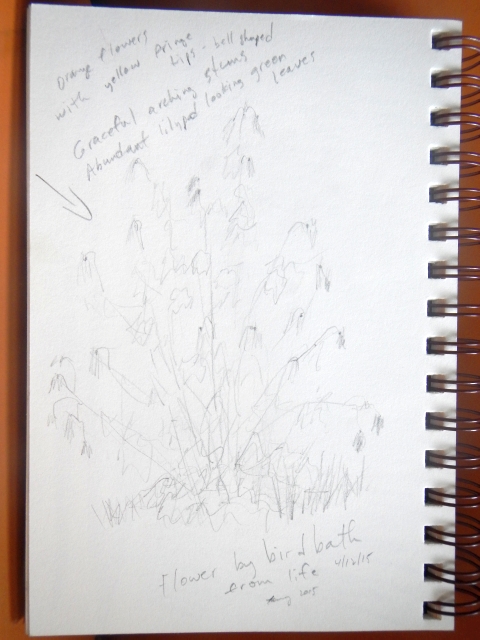 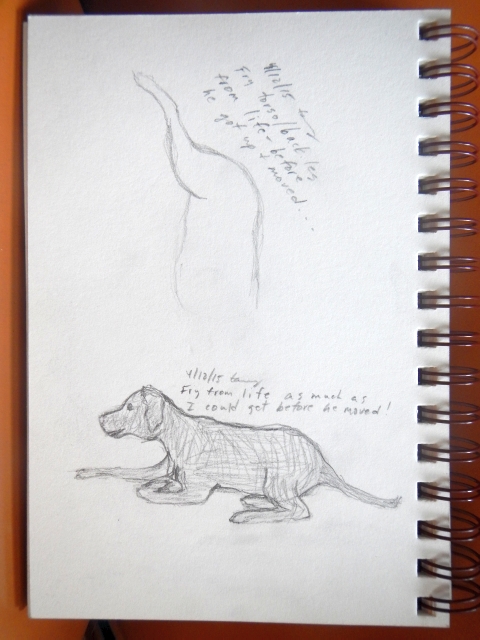 I'm not sure if it's due to the pain and fatigue, the stress of worrying about this health issue, or just a normal cycle in an artist's life, or possibly all, or something else. But I'm still trying to get my drawing practice in as often as I can - trying for daily - even though the results have not always been quite as successful as I would like.

Also this afternoon I felt well enough to go for an easy slow hike with Steve and Fry on one of the local bike trails and was able to walk for almost a mile! The best part, though, is that I actually feel somewhat better and am finding it a little easier to breathe after the walk, so I may try riding the indoor bike this evening or tomorrow to see how that feels. Hopefully my training won't have to come to a complete halt and I can continue on with the race series, even if my goal has to change from "racing" to simply completing the course. And all the better if my painting muse would happen to come back soon as well.  :-)
Posted by Tammy Kaufman at 7:33 PM 1 comment:

To My Prince Charming

Fifteen years ago today, you made me feel like a princess. 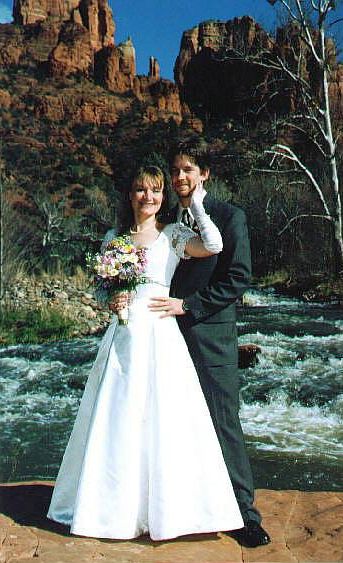 You were my Prince Charming then, and you remain so today. As the years have passed, my love for you has only grown stronger and every day we're together is another day more in love with my Soulmate.

Happy 15th Anniversary - I love you!
Posted by Tammy Kaufman at 9:33 AM No comments: