When Heaven welcomed my angel, Spyder, I thought my heart would surely break and I honestly wasn’t sure I would ever be able to share my life with another dog again. But it soon became clear that coming home every day to a dogless house was just too unbearable. After all, it had been 15 years since Steve and I had been without at least one dog in our lives. And when I read the sad story on Petfinder about a puppy Super Dog Rescue was fostering, I knew in my heart that I had to go meet this little guy, known as “Mike”. Apparently “Mike” had been pulled from a home where he had been neglected and nearly starved, only to end up at a high-kill shelter and scheduled for the gas chamber. Fortunately, Super Dog rescued him hours before he was to suffer a horrific fate and placed him into a foster home where he was put up for adoption. Although I knew it was awfully soon after losing my precious Spyder to be considering adopting another dog, I also knew that saving this homeless abandoned pup would be honoring his memory. After all, Spyder himself had been abandoned at the animal shelter as a baby and was scheduled for euthanasia the day after I adopted him, and I believe he would want me to give a loving home like he had to this little guy too. 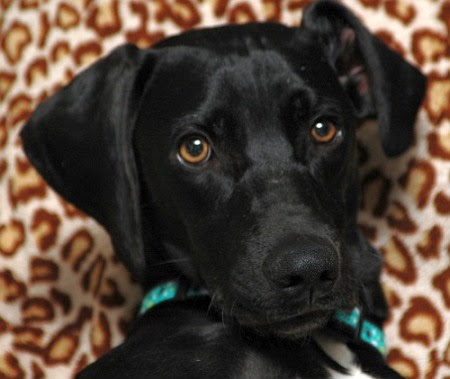 From the moment I saw him, I knew “Mike” (now known as Frylie - PHOTOS) was going to be our new dog. At seven months old, this little pointer mix was nothing less than a cuddly, wiggly bundle of pure puppy-love. His first action upon meeting us was planting a big puppy kiss right on my cheek and snuggling up on the foster mom’s couch with his head on my knee. After completing the interview and visit with the foster home and rescue coordinator, we promptly filled out the adoption paperwork and made arrangements to pick Frylie up the following evening, November 4. 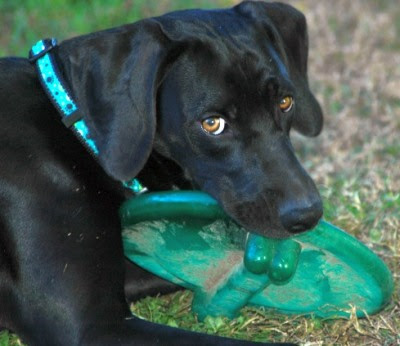 The first couple of weeks after bringing the new baby home were spent puppy-proofing the house and reinforcing the fence around our back yard, since right now at 41 pounds Fry is a bit smaller than Spyder and we wanted to make certain he was secure and unable to slip underneath the boards. Since Spyder and Zoe were 11 and 13 respectively when they passed, I had forgotten how much puppies can get into! We also brought down Zoe’s old crate to give Fry his own private “room” – although at night he sleeps in the bed with us, of course. He got his own collar – Zoe and Spyder have their collars with their urns and no one else will ever wear those – and plenty of new puppy toys, and has a new water- and windproof winter jacket on the way. As he is quite the avid chewer, we ended up having to get a Kuranda bed which thus far has been a lifesaver, as he will quickly decimate any other bed, blanket, towel or pillow he can get his teeth into. So far, though, he has not been able to penetrate the Kuranda’s defenses. He is very playful and loves to run, chase the cat laser toy and play with his flying disks (although not always reliable about bringing them back...). 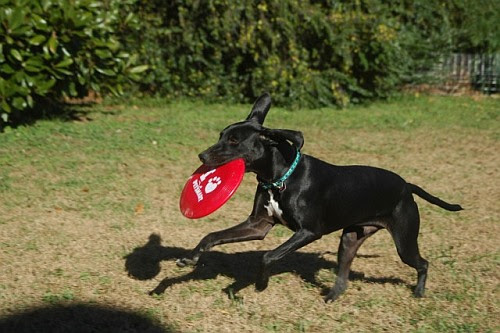 Having been born in the spring of this year, Fry had never seen snow, so when we got a couple of inches of the white stuff, he put on quite the performance – jumping around like a madman – and totally destroyed the snowman Steve built for him within seconds. See video of that HERE. 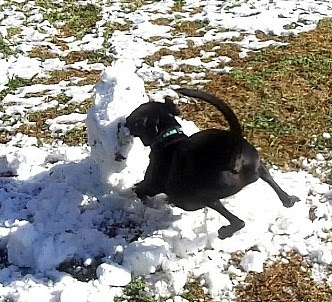 Getting to know Fry over the past month, I’m discovering that he is extremely smart and very clever. He loves dog toys that double as puzzles and make him think, such as the food dispensing cubes. He adapts readily to new situations, is comfortable with loud noises, gets along surprisingly well with our two cats, and learns commands quite quickly – even if he does occasionally flex his adolescence and challenge our resolve to insist he obey! He is a total love bug as well, always eager for a tummy rub, and enjoys going for walks, running around the yard, investigating every little thing, and sleeping on the couch next to me. 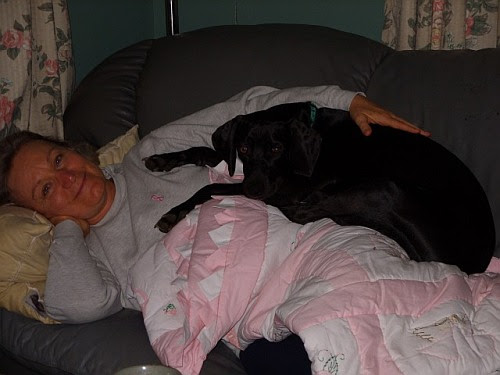 My heart will never heal completely from the loss of Spyder, but Fry’s puppy kisses definitely ease the pain. And I believe that giving this little guy with the sad background a loving home is a fitting tribute and the perfect way to honor Spyder’s memory. 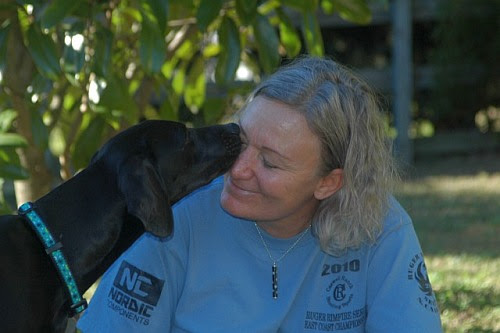