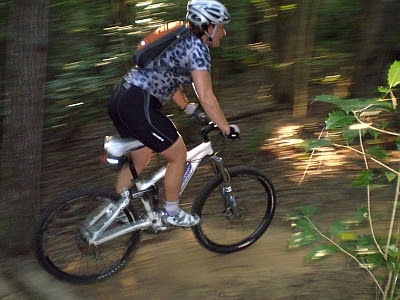 Wow - I didn’t realize I’d been away so long. I try to keep this site up to date, but sometimes life happens and so many things demand my attention that unfortunately my blog has to take a back seat. But I’m back, and this time with a lot of updates!

After being unemployed for several months - really scary, I must admit - I finally landed a job this past June in Public Water Supply, which I absolutely love. I get to work with some wonderful people and am learning a lot about our environment. I never used to think about the many people working so hard behind the scenes to ensure that when I turn on the faucet, clean, safe water comes out. This job has been a real eye-opener for me. Plus I’m obviously extremely grateful to have a job at all - that was a frightening several months with no income and no insurance…

Steve celebrated his birthday on June 28. I don’t know how he does it, but he seems to get younger looking and more handsome with each passing year!

In July, we got some new next-door neighbors and they are just the best! A very friendly and fun couple with an amazingly polite beautiful teenage daughter, as well as a gorgeous black lab mix named Snoopy. Snoopy is still getting used to Spyder and Zoe, but they’re starting to play together some now, which is so cute to see.

Steve and I competed in Cary’s WWTA Adult Tennis Tournament in mid-July and although we lost our matches, I thought we played well, especially considering we had to play at a higher level than we’re ranked due to no other 2.5 level players entering.

After road biking regularly throughout the summer, we decided to compete in the BMW Mountain Bike Series race at Harris Lake in August. I ended up third in Sport Women overall for the series (but only because there were just three sport women IN the series - doh!). I had forgotten how tough mountain bike racing is after being away from it for a while - either women riders are getting stronger or I’m getting slower, or some combination of both! It was a lot of fun, though, to get back out there again, and the new bike certainly contributed to that.

In September, Steve raced in the inaugural Wake Forest Downtown Criterium. Unfortunately, I forgot to bring the camera, but trust me, he looked great!

Zoe had a second cancerous tumor removed from her leg, but is doing surprisingly well. She feels good, has a normal appetite, and is even playful at times. Not too shabby for a 13-year-old lab mix!

This fall we ended up buying a used treadmill, and I have to admit I’ve actually been enjoying it. I’m still mostly walking on it (don’t worry, I’m walking fast for me, at about 4 mph), but have been trying to intersperse some running in there as well. The older I get, the more difficult it seems to maintain a good weight and fitness level, but I’ve been aiming for at least four days per week on the treadmill, along with some free weights, tennis and of course, biking.

In early October, I competed in the Curse at the Crab 6-hour endurance race at Lake Crabtree County Park in Solo Women. I ended up in fifth, which was also last place in my category, but at least I was only a couple of laps down from the winner. I think for not having trained, that wasn’t too bad. Joe Miller blogged about the race HERE

On the writing front, I haven’t been doing a lot of freelance since I’m now gainfully employed full-time. However, I did land a contract that involved writing a fitness article for Brier Creek Magazine, slated to be published December 1, so keep an eye out for that!

We’ve been fortunate to have some really nice weather even this late into the year, so I’ve been taking full advantage of that and enjoying the new bike and spending some quality time in the woods. Who knows, I might even decide to tackle another race one of these days, especially since Joe Miller decided apparently to grant me one more chance at my “15 minutes of fame”

Racing or not, though, I’ve been truly enjoying biking again, and between the terrific people I’ve met on the trails lately and the new bike, I can’t think of a better way to spend my free time. 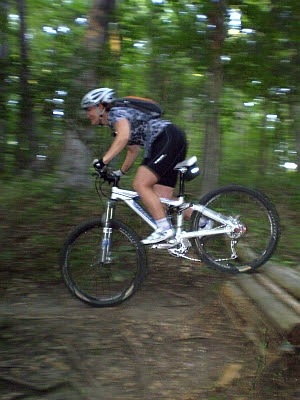 Posted by Tammy Kaufman at 8:17 PM