Facing My Fears and Other Foolishness

Aging, gaining weight, adjusting to menopausal metabolism (or more accurately, the lack thereof), aching joints, fatigue, and the depression resulting from all of the above has recently left me feeling lost and without a real sense of purpose or goals. And for someone who spent many years in early adulthood as an endurance mountain biker, this has been a difficult path. I thought I could get through it anyway just doing casual recreational exercise, but after speaking with a friend, I’ve realized I need a definitive goal – something to kick me in the pants and force me to find a reason and develop a concrete plan.  So today I took the plunge and signed up for the State Games of North Carolina mountain bike race in early June. That gives me seven weeks to prepare, and since I will only have to ride one 7.5 mile loop, my goal time is long enough to be somewhat realistic, but short enough that I can’t procrastinate about getting ready. 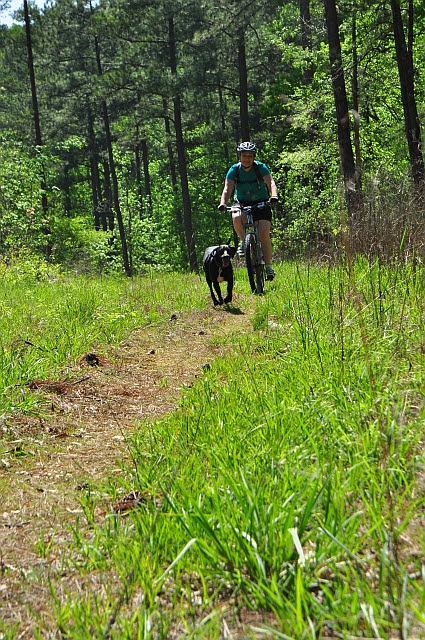 Despite my previous experience years ago of this being a relatively low-key race, I’m scared this time; no, make that a little terrified. Why? I have no idea. I’ve ridden that course a dozen times, albeit not in many, many years, but enough that I think the familiarity will return once I get there. It’s not an easy course, but not un-rideable by any means, and the only reason I can find for my fear is my own lack of confidence in myself.  I’ve been gradually easing back into mountain biking, riding the local trails, but so far really haven’t ventured much farther than just a few miles at a time on relatively easy loops, with only the occasional small rock or log thrown in. I know that feeling good about how I do at this upcoming race is going to depend, not on how anyone else performs, but whether I do all I’m capable of doing, and this is going to require putting aside my lack of confidence and insecurities about myself. I realize I’m not going to drop that extra 40 pounds in seven weeks, so I’m going to have to work on gaining the strength and fitness to work with where I am at this point in time. I need to develop trust in my abilities and at least try the obstacles that scare me a little, and push myself each ride to pedal just a little bit faster than the last time. 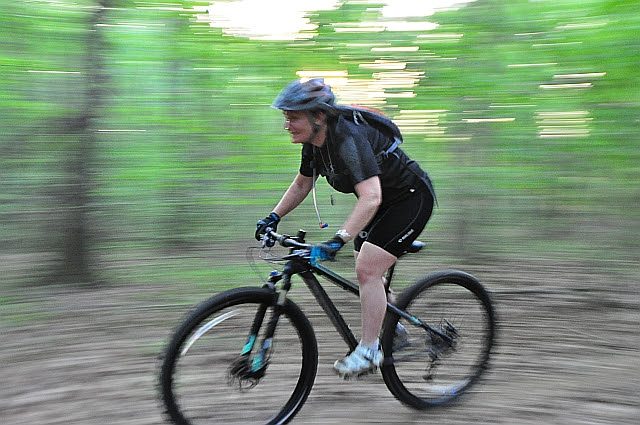 My biggest challenge with attempting to race again at this stage in my life is not the other competitors. It’s my own inner voice telling me I can’t, I shouldn’t, I won’t – and replacing that with I can, I should, I WILL. 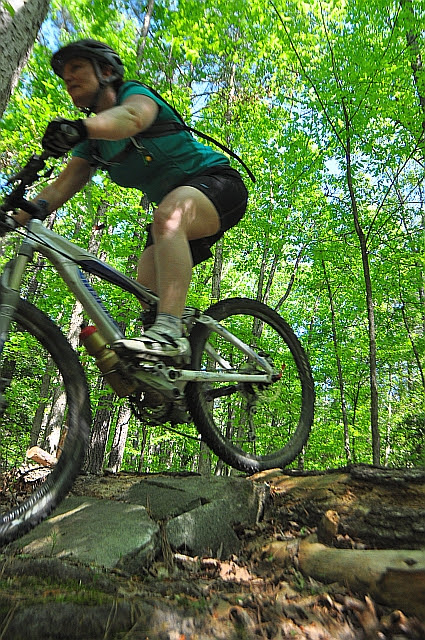 Posted by Tammy Kaufman at 4:41 PM