It was only a few years ago that my life seemed to just, well, stop. Mountain biking, dancing, tennis and other physical activities that previously brought me so much joy had become increasingly painful and difficult due to degenerative disease and injury-related issues in my knee, resulting in an extensive surgical procedure which totally sidelined me. And along about that same time, our dogs, Zoe and Spyder, had begun to slow down significantly as well both due to increasing age and Zoe’s diagnosis of canine cancer. Depression, sadness and worry crept in and weighed my body and my spirit down.

As a result of the lack of activity, I also began to put on weight, which depressed me further as I had always been relatively slender, and my downward spiral of depression and inactivity intensified. It seemed the less active I was, the less active I wanted to be, and I felt lost and empty. I couldn’t make myself get out and do much of anything, and our dogs were older and required very little activity now too – or in Zoe’s case, essentially none as her cancer progressed – so there seemed to be nothing to force me out of my slump and I slid further and further away from my life into a mere existence.

Soon after, Zoe crossed the Rainbow Bridge just before her 14th birthday, with Spyder following shortly after losing his brief battle with canine osteosarcoma (bone cancer) at the age of 11. The loss of our dogs, in conjunction with my very slow recovery from knee surgery effectively stripped me of the desire to participate any more at all in any of the recreational sports that had previously defined me, and I fell even further into the sad and isolated existence of a total couch potato.

Having spent the previous 14 years as a dog-mom, it quickly became apparent it was impossible to come home to a dogless house after Spyder passed away, and we adopted Fry less than a week later after seeing his very sad story of abandonment, starvation and serendipitous rescue from a gassing shelter on Petfinder.  Shortly after his adoption, however, I wondered if we had made a serious mistake adopting a young, wild Pointer mix adolescent! His physical and mental exercise requirements were enormous – and after so many years, the rose-colored glasses of nostalgia had let me forget how much work Zoe and Spyder were when they first joined our family as babies themselves. Being an overweight, now middle aged, sedentary woman made things quite interesting when Fry first arrived, to say the least! 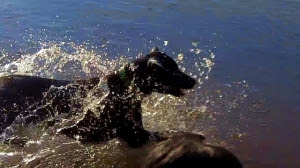 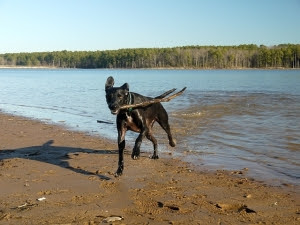 But sometimes fate has a way of giving us what we need, even when we don’t know what that is. And getting out every day to exercise Fry was not an option – it was an absolute necessity both for his sanity and mine (not to mention protecting the house from total puppy-destruction…). So I forced myself out every day, no matter how much of a struggle it was, at first at least. Luckily Steve was able to handle most of the truly ambitious exercise. But I went along regularly anyway, since I loved Fry from the first moment I met him and wanted to spend as much time with him as possible, especially after losing Spyder showed me how precious every shared moment is. 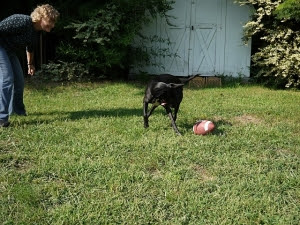 At first we went on leash walks around town and on the hiking trails. Gradually, as Fry demonstrated his ability to run with me off-leash, I progressed to my mountain bike while he ran alongside, and in the heat of summer we spent many evenings swimming at the lake. 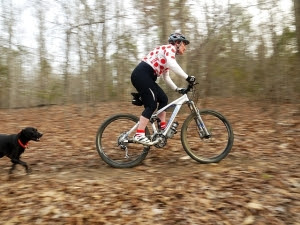 We played in the snow in the back yard, and visited the Blue Ridge Mountains. 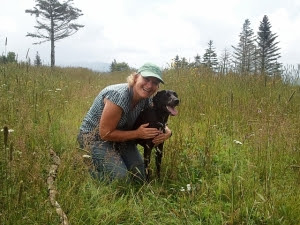 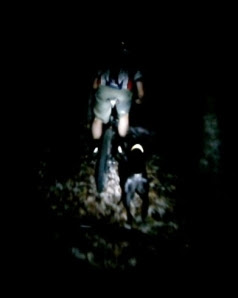 And daytime jaunts by the creek. 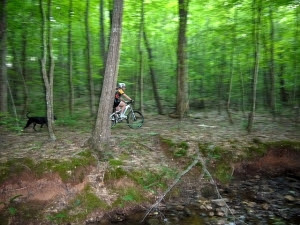 Fry is such a joy and is quite the dapper gentleman too, happily wearing his K9 Overcoats when the weather is chilly or our adventures take us through rough brush. 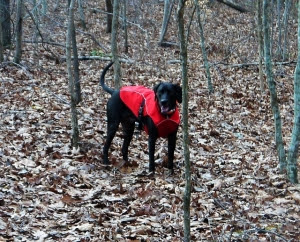 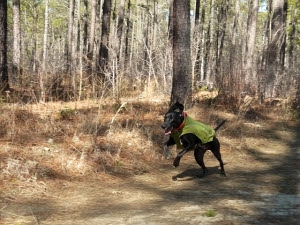 Over the past 16 months, Fry has changed my life completely. I’m still overweight and certainly not any younger, but I’m starting to find the joy in life again. 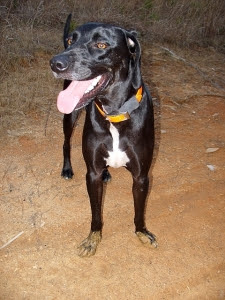 Fry’s inquisitive nature and interest in all things outdoors has encouraged me to not only return to some of the sports I previously loved, such as mountain biking and hiking, but also to expand my horizons to try out new things like swimming, running and yes, even snowball fights! 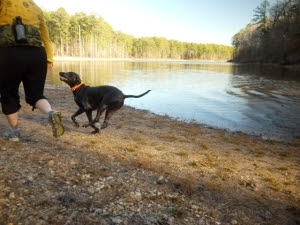 I may still be an old woman on the outside, but inside my inner child is laughing and having a ball. 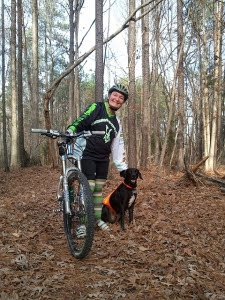 This little guy makes every path a new and wonderous adventure. 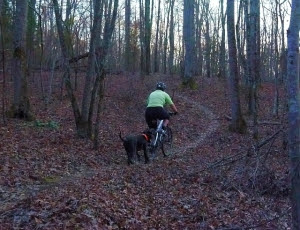 Fry pushes me to bike faster and farther than I would normally, but is so good about adjusting his own speed to accommodate my abilities, it’s just adorable. He even waits beside the log crossings and ditches to make sure I clear them before flying down the trail right on my wheel. 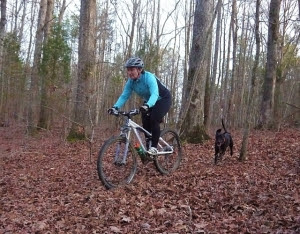 His enthusiasm for swimming and playing in the water makes me forget all about my fear and jump on in – “the water’s fine!” 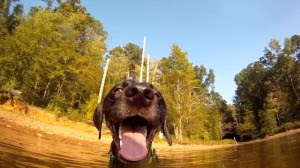 The excitement on his face at the sight of the first snowflake of winter is contagious and I don’t even feel the cold when he begs me to come out and play snowball fight with him. 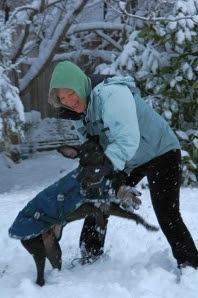 Trail running and hiking don’t seem nearly as difficult or boring when Fry is by my side, urging me to go just a little bit farther or to “come see what I found in the creek/up this tree/in the bushes!!!” 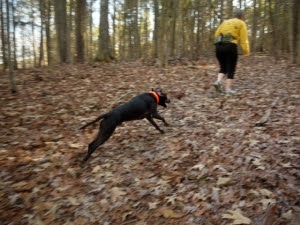 This little dog with the big heart is my constant companion and my best buddy. He’s my sunshine and makes even the darkest day better. 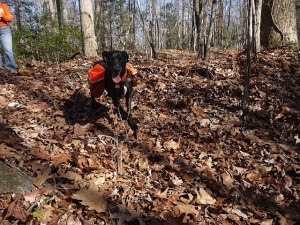 When people say it’s so great that Fry was rescued, I just smile because I know the truth is FRY rescued ME. In fact, I believe he brought me back to my life. 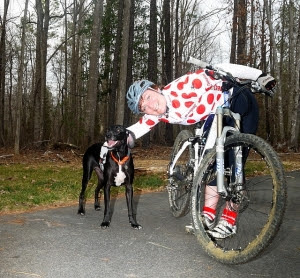 Posted by Tammy Kaufman at 2:50 PM