Before we adopted Fry last November, his foster mom had informed us that he had always had anxiety issues resulting in fairly severe motion sickness associated with riding in a car. So we’ve invested a lot of effort into easing him into traveling by going on very short car rides - less than his nausea threshold of about an hour - to fun destinations several times a week for the past eight months.  He’s done well with this, so we decided to take a leap and try him on a long trip this past weekend. We knew going in it was asking a lot of the little guy, but we took him to visit Steve’s parents in the mountains.

On the way out on Saturday morning Fry was, as usual, very anxious in the car, panting heavily despite having the air-conditioning running on high, and unwilling to do anything but stand nervously right behind me. We do lay the back seats down to give him a comfortably wide, flat, secure place to stand, and we place blankets and towels down for him as well. He made it a little over an hour before unloading all the previous night’s dinner due to the nausea probably brought on by his anxiety and panting.

After stopping to gas up the car, let Fry stretch his legs, relieve himself and have some water, we spread his huge snuggly Kong bed out in the car and covered it with a soft towel to see if we could convince him to lie down on that. To our surprise, within a few minutes of getting back in the car, Fry did in fact lie down on his bed. He was still fairly anxious, but I think he was so tired from an hour of frantic nerves that he gave in and decided to rest a bit. 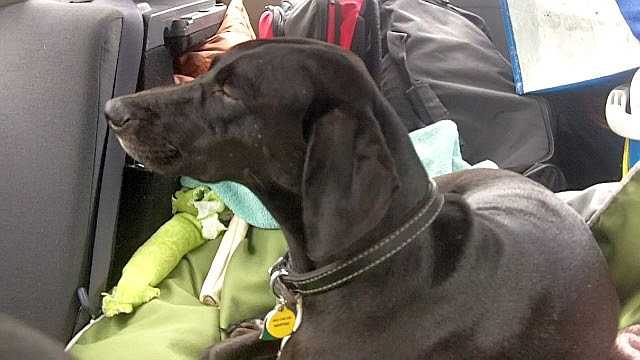 After each of the next two successive rest stops, Fry seemed increasingly comfortable riding in the car, particularly at the steady highway pace. And, even more surprising, he was absolutely wonderful during the stops, behaving beautifully on his leash with no pulling whatsoever, going tinkle and drinking water from his doggy sippy cup, and then very happily hopping right back into the car with no coaxing at all and immediately curling up on his bed and resting.

Once we arrived at “Grandma” and “Grandpa’s” house, Fry settled in fairly quickly, after his initial barking since he hadn’t seen them in a few months. He was amazingly well-behaved, always staying close by and listening very well while in the yard. In the house, he made himself at home on the couch, and was quite happy with all the petting and attention. As Fry was exhausted from the trip, we just hung out at the house for a relaxing visit Saturday evening, and that night he slept in the spare bedroom with Steve and me, with just minimal restlessness due to being in a strange place.

By Sunday morning, he seemed to be more at ease, although was a bit nervous about getting into the car again to head out for a hike on the Parkway before the trip back home. He did hop in though, but was nervously panting again the entire half-hour drive to our picnic location. Once again, Fry showed excellent manners during the picnic and seemed content to lie in the grass at the overlook while we had a quick lunch. 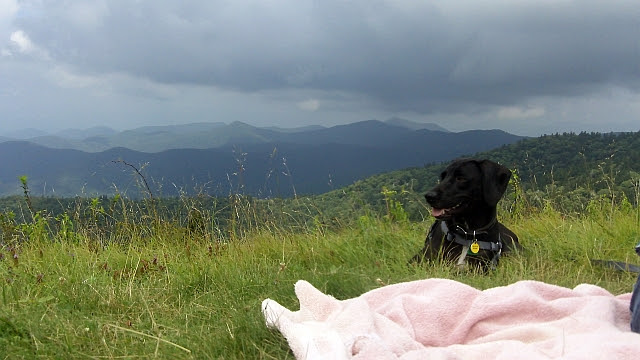 We then headed to a very little-traveled trail about a mile down the Parkway and took Fry in for a hike. The weather was warm but overcast with the threat of an approaching storm which brought in a nice breeze, and Fry had a great time sniffing and investigating the trail. We also discovered he’s quite talented at finding and eating blackberries right off the branches! 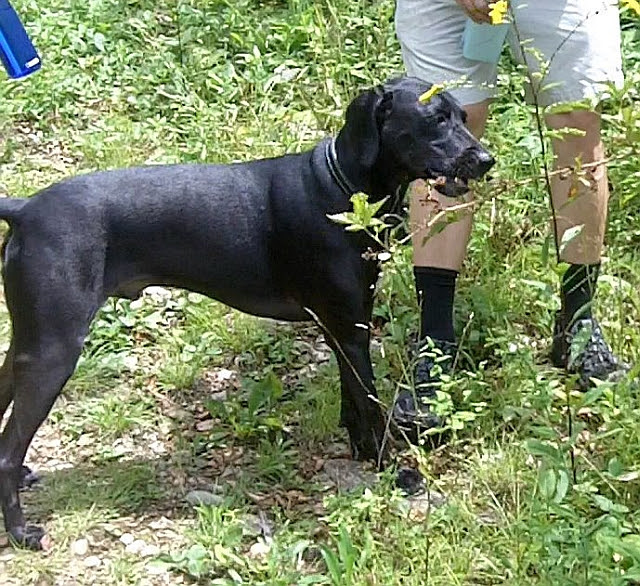 He was so sweet during the walk, never getting more than a few feet in front, and generally preferring to walk either right beside or right behind me. When we got to an open grassy area of the trail filled with flowers and tall grasses, Fry had a blast running around, hiding in the grass, and then leaping out to run back to us again. 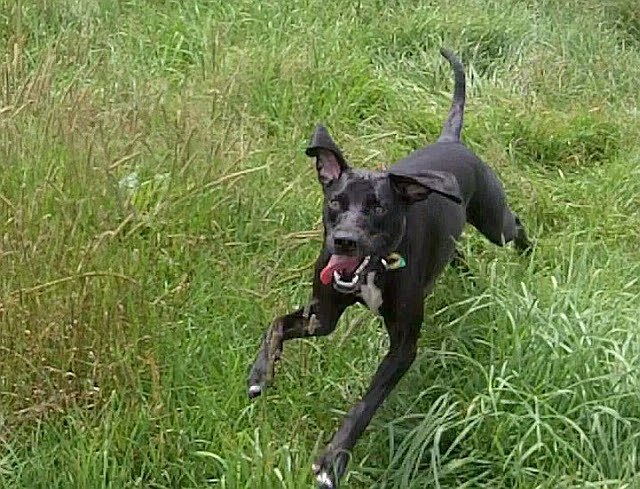 He was very good about drinking from his sippy cup, and when the hike was finished, was happy to hop back into the car and immediately lie down on his bed.

In fact, he was lying down for most of the ride home, really only getting up when we exited off the highway for rest stops. He was once again very good at each stop, taking care of his personal business and drinking a little water, then happily hopping back into the car. Despite beginning to breathe a little heavily and nervously as the trip progressed, he managed to make it all the way home without throwing up or getting too anxious, even though we passed through two heavy thunderstorms during the ride. But he certainly was happy when we finally arrived home. As soon as we opened the front door, he immediately ran inside, greeted “his” kitty-cats, and then hopped up on his ottoman, gave me a big lab smile, stretched out those hound-dog feet and flopped over for a real nap. I’m so proud of our little man. I know this trip was difficult for him, but he handled it like a champ and never got grumpy or irritable even though I know he was exhausted and stressed. He’s just the best little pup and I don’t think I could love him more. :-) 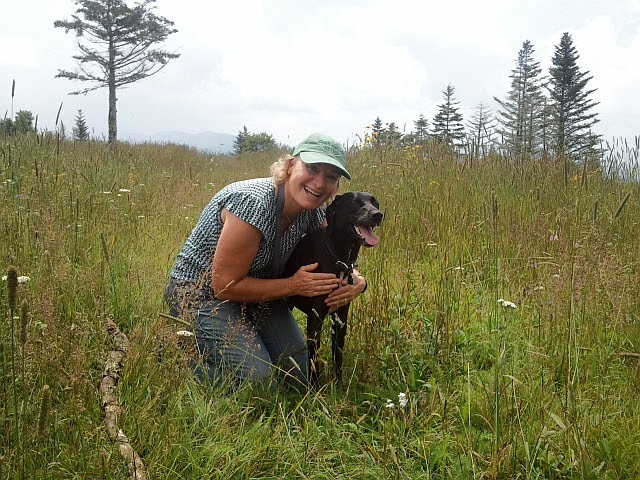