It was such a nice day today that Steve and I decided to head over to William B. Umstead State Park for a hike on the Sycamore Trail. While there, we saw a whole plethora of native flora and fauna including some very cool spiders, as well as several interesting ferns, trees, moss and fungi. The trail snaked its way along a rock-strewn creek for the most part, although it did feature an overlook branch which took us to "the cliffs" section which is apparently the remains of an old mining quarry. The hike was a lot of fun for me, since I'd never been on those trails before, only ever having ridden my bicycle on the fireroad portions of the park - and Steve made good use of Mother Nature's ever-interesting backdrop for creative photo opportunities! 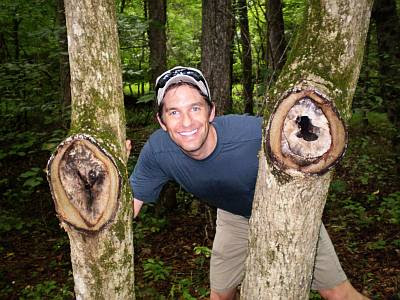 Posted by Tammy Kaufman at 1:17 PM